Desired state: A preferred set of circumstances that are often used as a goal.

It is important to remember these two concepts while you're watching Beyoncé's "Black is King", and while reading this piece.

Additionally, when I say Africa, I always include all 54 countries. If I need to be specific about those with dark(er) skin, I will outright say Black Africans. Got it? Good.

Released on Disney+ earlier this year, the film is full of beautiful and sometimes arresting cinematography, a kaleidoscope of bright and muted palettes in harmony, and heart-pounding soundscapes.

It is somewhat similar to the Black Panther film two years ago. A work of art intended to share the struggles of black(ness) and to celebrate it too. Both had lots of devotion and care behind it. Both had excessive amounts of cash thrown at it too. However, Black is King also shares similarities with much of Nolan’s films (which I do like): technically proficient but ultimately lacking a heart and soul.

However, unlike those films...it did not continue to dominate social media for weeks on end. The reasons are obvious. As with any A-list celebrity there has been a wide gamut of both praise and criticism concerning the Texan native's latest project. Everyone from the Washington Post to Essence, to NPR and Variety (but I dunno what country Malaya is) has chimed in. So, I will do my best to not retread ground.

To have a better understanding of Black is King, of the Black people as viewed from the American lens: I consumed a lot of Beyoncé's music, a lot of her husband (Jay-Z)'s music and watched documentaries of both when I could. It is by no means an exhaustive attempt to understand her world, and even if I did have unfiltered access to Queen Bey herself, I would still lack a thorough understanding of how she sees the world and how she chooses to navigate it outside of the limelight. [1]

Just as it was important to learn more about her and get into a certain frame of mind. It was also important to educate myself on some Black issues in the United States.

I am no scholar or expert, so a week after this goes online: I may eat my own words and regret ever publishing this on the internet.

The relationship between Black Americans and Black Africans is extremely complex and fractured. And I have often benefited from being perceived as one or the other. Mozambican (and African) by birth, but with an Americanized accent (truthfully, I am accent-less but that's a discussion for another time). It has led me to have some interesting conversations with people in both camps. But there was something that always bugged me.

Why do Black Americans refer to themselves as African Americans? Why does America insist on 'hyphenating' people? People don't go around saying they're Asian Canadian or Indian Brazilian. So, the first person I turned to was my dad, who was much older than me when we first set foot in Abraham Lincoln's land. I asked him why they refer to themselves as such. He replied, and I am paraphrasing:

When we moved to the US, there was a disconnect between our expectations of what life was like for people like us and reality. What we saw were people unmoored because they were taken away from their homes, and people who flailed wildly while attempting to connect to their roots.

Now, that's not to say that Black Americans do not have their own history and culture. It is a beautiful and harrowing one that has had an untold influence on many different spheres of life, even in places that probably have never seen a Black person up close.

However, too many times, when Black Americans choose to engage with Africa, they do so on their own terms. As I wrote that particular sentence, I am aware that that is extremely loaded.

Africa (written as Afrika for god knows what reason); our primitiveness; how our success is often tied to how we've remade things European gave us in our image, and other things I cannot think of at this particular moment.

Unfortunately, these are images that pervade the US, US-dominated media that is propagated even in Africa, and of course, "Black is King".

Africa is composed of 54 countries, each with its own distinct culture, language, and sub-variants of each. For many reasons, the media is dominated by certain African states:

It is completely unrealistic to expect the 85-minute runtime to showcase such a wide variety of the African continent.

I did say I was not planning to retread stuff, but I honestly could not avoid it...until now. There is a social distancing between Black Africans and Black Americans. But there is also distancing between African themselves. But, it is not surface level like Chris Rock's Niggas vs. Black people sketch either.

Black Africans often have to contend with stereotypical images portrayed by media they have little to no influence over. So, you can imagine that when we move to other countries and are told that we are, or treated as primitive...it vexes us to no end. But we seethe quietly, aware that our new home tends to have more opportunities than our actual homes.

In the case of America, we now have to avoid being lumped together with Black Americans whose culture is very distant from us. It is a re-victimization thrust upon us and further drives a social distance between Black Africans and Black Americans.

One of the distinctions is that Africans under colonialism / imperialism were not called slaves and may feel not quite the same as their American counterparts. Consequently, both sets of people have a clear divide in cultural values and beliefs which is made apparent when both interact. The term African American, sometimes falling away when faced with someone who was born in Africa. Either due to respect, or shame (not at themselves).

Even more frequent is the occurrence that many Black Americans often appoint themselves as custodians of Black people worldwide and thus speak for issues pertaining to Africans. Note that Black is King does NOT do that. I keep having to point out things like this because critical thinking flies over people's head and this might show up on Twitter (which is often reactionary without engaging the actual content).

These same people often know little to nothing of what life is actually like for those on the continent and the challenges they face. Much like we criticize non-Black allies about our difficulties, it's not enough for their heart to be in the right place when they do it.

I also saw criticism online concerning the use of South-East Asian people (or was it a single person?) in Black is King. I find this remarkably interesting, considering that Asia and the Middle-East have had a relationship with Africa for far longer than Europe has. East Africa particularly, boasts a substantial amount of historical influence in terms of culinary discipline, fashion choices and etc. Hell, the name Mozambique comes from Arabic!

But the average Negro today knows nothing about Africa. And I think he's got to face the fact that he is an American, his culture is basically American. - Martin Luther King, Jr.

At the same time, Africans also play their role in social distancing. Frequently deciding to spend more time with other Africans, people of Caribbean descent, or non-Black people entirely. Thereby distancing themselves from the perceived negative association with being "African American". I would know because I have done that.

While Black America often has to fight tooth and nail to share uplifting messages about Black being beautiful or Black being king, Black Africans grow up with this as the status quo; and yet still being affected by some Euro-centric definitions of beauty.

Moreover, Black Americans are sometimes seen as lazy and not taking advantage of the opportunities they have available to them. And while the United States of America is the best country on Earth in terms opportunities for social mobility for Black people; it still reeks of a lack of understanding by Black Africans of the systemic and institutional racism at play in that country. AND that there are perhaps more opportunities given for good education to Black Africans as opposed to Black Americans (i.e. not Sports scholarships). But please do not quote me on this.

Essentially, Black Africans have a sense of (perhaps flawed) superiority over Black Americans and display it either consciously or sub-consciously.

Ultimately, slavery (physical and mental) and its effects are the key factors in keeping both sides separate and ignorant of one another.

The second part is far more complex, consists of many moving parts, and is still something I have a hard time wrapping my head around.

Growing up, I dreamed of traveling to the Americas, to Europe, and to the Far East. Other African countries (and the Middle East) were not part of my thoughts. Eventually, I grew aware of my own biases (some of which still exist) and also how systems, and the people who engage in them, have contributed to the current state. It's cheaper and safer to travel to the first batch of places than it is to the second.

If a muzungu (Bantu term for a person of European descent) decides to trek across the continent, he / she / they will be at less risk than me. Note that I did not say that they would be risk-free. Have you ever heard of an African person who went traveling through Africa (and it wasn't for work)?

I am still waiting.

Besides being expensive (for us), the perception is these people must be well-off for them to even consider travel throughout the continent. As such, they would attract unwanted attention from evil-doers. Do you think the Mozambican government would send Navy SEALs, the SAS or the Spetsnaz after them?

But even more than that, we're often ignorant of other cultures on our continent and I'll always remember one story that an acquaintance from Mali shared a few years ago. Again, I am paraphrasing:

We were going out in a group, and a friend of mine had a +1 (who was from South Africa). A White guy arrived, and she greeted him and said we're ready to go. I said, "Where is the South African?". I later learned that South Africa has a lot of White people. I was obviously very embarrassed.

This is a microcosm of an obvious larger issue. And if we can't even bother to learn about our brothers and sisters on the same continent...do you think most will bother to learn from Black people overseas?

Watching Black is King, left me with a sour taste in the mouth.

The persistent exploitation of Africa by the world, and even Black Americans, leaves a permanent blemish on the hearts of both peoples and disparages the composition of an African identity rooted in such a wide array of African expressions and cultures. This is best exemplified by this clip which celebrates Blackness, and then undercuts its own message with the part at the end:

I would hope that the African people involved in this continue to garner visibility around the world beyond this project, and I hope that they uplift those around them too.

But, I mostly hope for a willingness and openness for Black people worldwide to share and learn about the diverse set of experiences we have, so that we may strive for unity in the future. I hope that we can avoid situations like this.

Current state. Desired state. That is all. 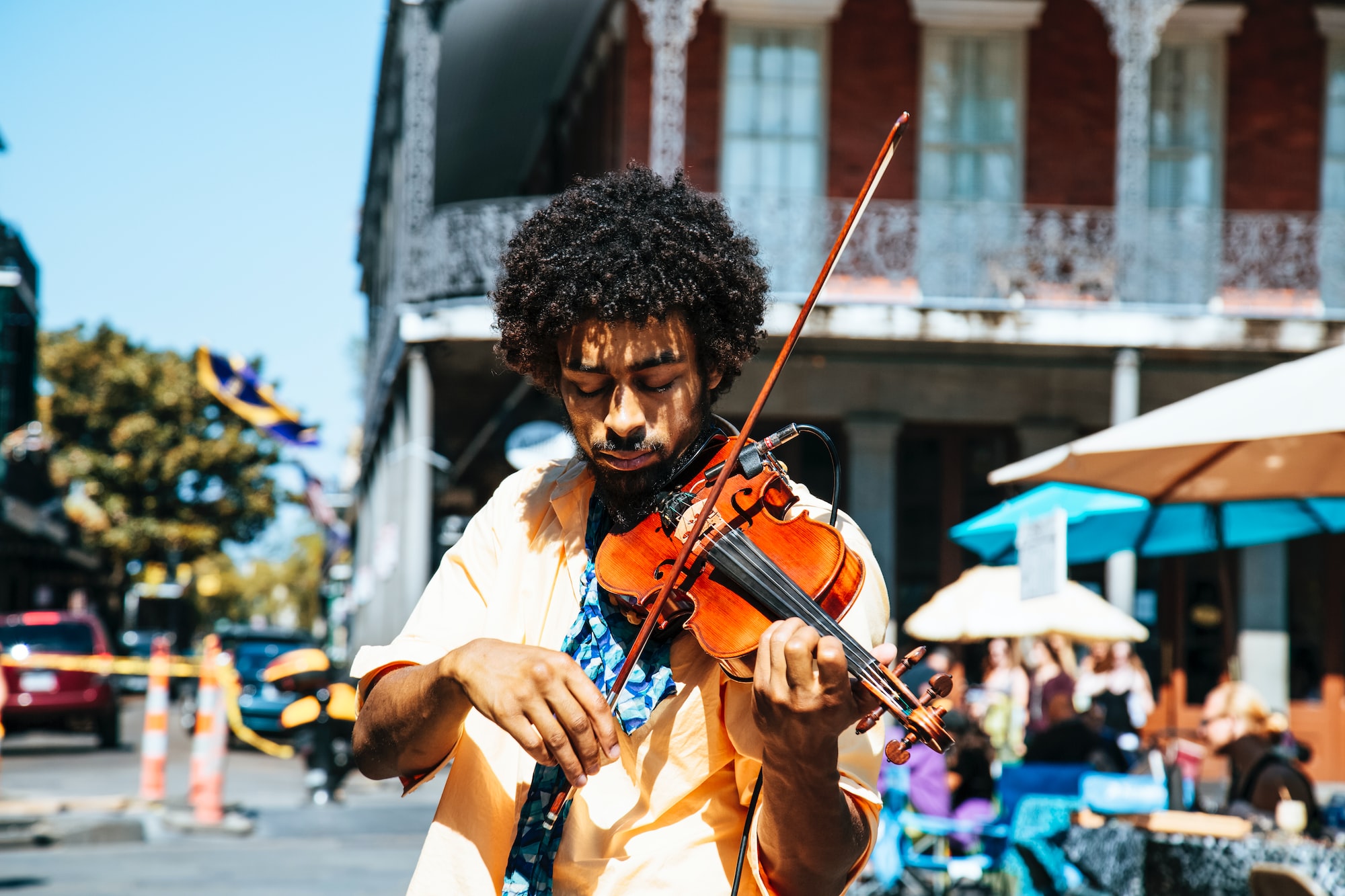