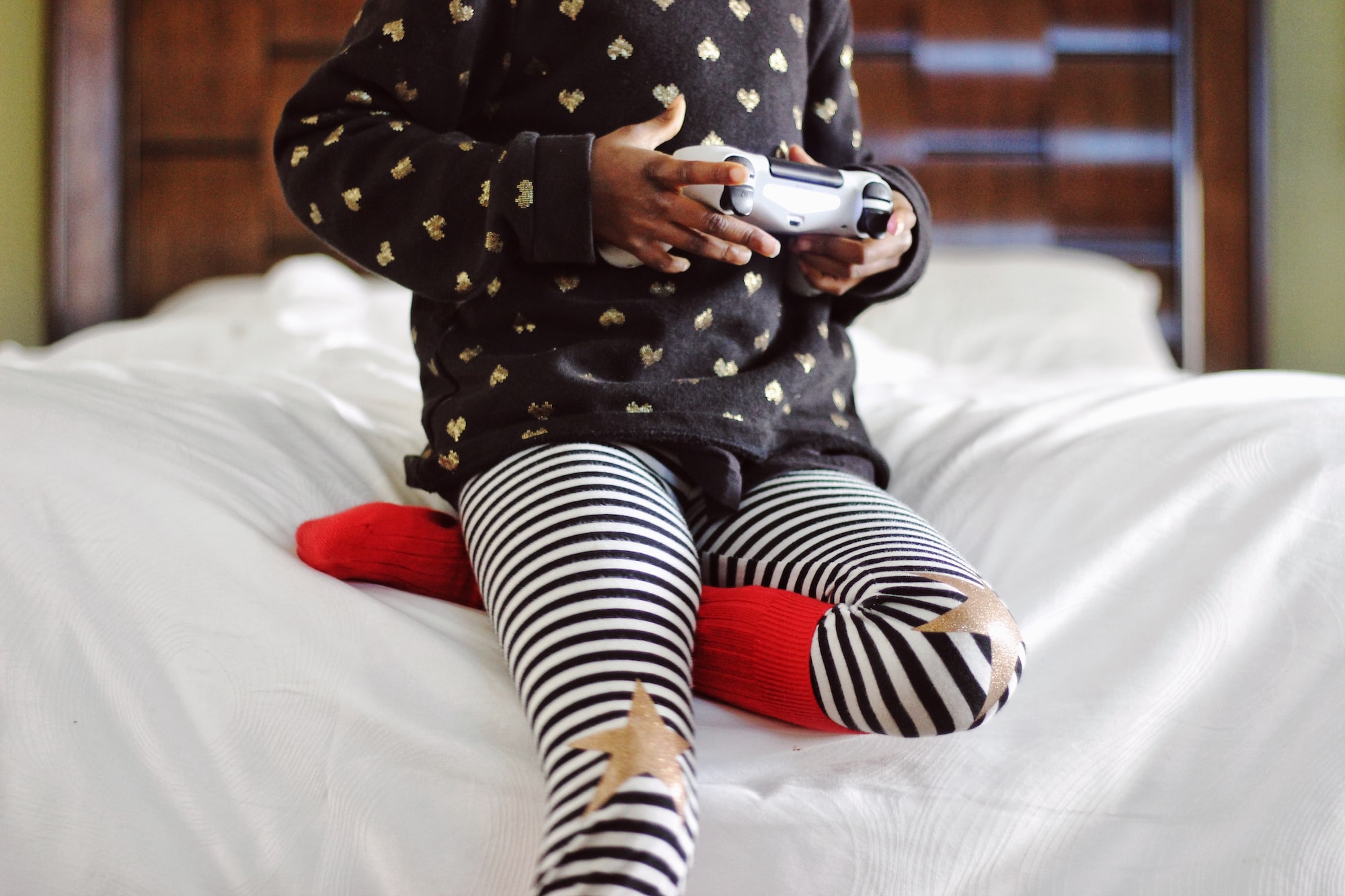 Thank you GeForce Now and PlayStation Remote Play for enabling me to play games that would otherwise be out of my reach. The real MVPs of the year. I also managed to get my hands on a PlayStation 5.

It was a good day.

Due to the number of games I played in 2020, I limited it to those in which I completed most if not all of the main content. With one notable exception.

Simply sublime. Astro's Playroom is another adventure with Sony's most recent mascot. It's designed to teach you all the wonderful new features of the PlayStation's 5 DualSense controller.

It's all wrapped up in a cute and formidable package that also serves as whimsical and interactive retrospective of PlayStation history. I simultaneously felt old and giddy.

From the makers of the critically acclaimed and smash hit FTL (Faster than Light) comes a wonderful game that is a mix of Pacific Rim and time-travel. I never really got into the their first game, but this one scratches all the right itches.

It’s perfect for short bursts, but to be honest, you’ll stay longer because you’ll convince yourself that you can do better next time.

Spoiler alert: you almost never do.

As a Black man, I was very happy that Miles Morales was the frontman for a generation of games. One of the poster boys for the PlayStation 5. Imagine! And I saw that first hand in Japan too!

For those who only Spider-Man as Peter Parker, Miles is his protégé. A half-Black and half-Latino teen that expresses delight in Spanish while listening to A Tribe Called Quest. The cast in the game is a treat, and Harlem really feels like a community that our new Spidey serves with aplomb.

If you have played the PS4 game that this is a sequel, it's more of the same. If you haven't, it's quite a treat. In both cases, it's an engaging adventure that brings Black and Latino culture front and center. And the production values! Oh my!

Looking to see some more? Here are some shots I took from the game.

Released way back in 2016, this game flew under the radar of many despite being made by the minds behind the juggernaut that is the Call of Duty series. There are reasons for it being a commercial flop with a long tail, and NONE of them have to do with the quality of the game itself.

It's a wickedly creative shooter, with some of the best level design of all time. The game gives you a healthy balance of feeling vulnerable and outright menacing to those around you. Plus, the witty humor fits the game like a glove.

The game can be found at a low price, and it never outstays its welcome. You can knock this game out in a few hours. Shame about it being not lighting up the sales charts, but some of the ideas live on in the popular Apex Legends.

My first experience with Uncharted was working as a video game store clerk, and trying the first game out when no one was looking. I am not going to lie, I was unimpressed. Even when the second and third came out - my reaction was MEH.

Years after their release, I picked up the first three games in a remastered pack and had fun with them. My personal highlight was Drake's Deception, due to Arabian influence and inventive use of sand (outside of Spec Ops: The Line).

This fourth game is where things really clicked with me. The characters felt real and the set pieces bombastic. The quiet moments that the series is known for, were handled masterfully here. Fully deserving of its 21st Century Indiana Jones moniker.

Like many, I was blown away by the first Watch Dogs reveal...and disappointed with the final product. I was fortunate to not have spent money at the time, and was very wary of any sequels.

I don't know what the folks at UbiSoft drank, but Watch Dogs 2 is a much better game and realized world. I could wax lyrical about this fun hacking adventure, but I'd rather guide you to my non-review in 2020.

I really only have myself to blame for this disappointment. I did not listen to myself, after I made a silent vow to not pre-order games after the trouble with Arkham Knight. Ultimately, that game only had a technical issues but the content was mostly great. So...I was forgiving. A 4-day weekend I do not regret.

That same courtesy does not extend itself to this game. A colossal failure by almost every metric imaginable. There is:

Talk about it going from hero to zero real quick.

Even though I got my refund, the pangs of disappointment will always be a reminder of what could have been.

For a quick rundown of some of the events that led this, Jason Schreier at Bloomberg has you covered. If you have some time, check out this video.

I originally planned to write a whole post about this, as the Devil May Cry series (save for DMC2, which I never played) was a cornerstone of my teenage years. But, it didn't merit that many words to highlight my disappointment with the game.

In truth, I lost the review notes!

DMC5 comes off after the maligned DmC, the latter of which was a reboot of the series and mythos. I liked it, but the world at large didn't. And thus, a sequel to the old mainline games was made.

Mechanically, the game is sound. There is no doubt there. But that charm seems to be missing, and the decent level design went with it too. I never knew what hate-playing game was until this.

Oh, wow. That was shorter than expected. I supposed I played a lot more than I finished. Whoops.